My Republican friends do not like Ted Cruz. They say he is a devious and unpleasant character unpopular within his own party. My Democrat friends do not like Ted Cruz: he is a Republican. Yet the Texas Senator has come up with a proposal which seems eminently sensible. In April he introduced legislation which he called the Stopping Censorship, Restoring Integrity and Protecting Talkies Act – SCRIPTA – which would free Hollywood studios from having to submit to multiple forms of state censorship. 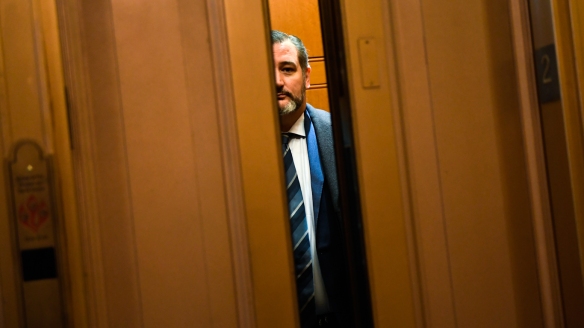 Rejoice, Hollywood! For surely this is good news. In theory, of course, the studios don’t have to submit to any kind of censorship – not since Roger Corman and AIP broke the back of the Production Code some six decades ago. But in practice, the reader will be shocked to learn, over the last few years Hollywood has been subject to censorship from not just one, but two, powerful sources.

The first is the Pentagon. For, in order to gain access to a smorgasbord of military goodies – tanks, planes, uniforms, permission to shoot at Camp Pendleton – the studios must submit their scripts, and make changes. Let us assume that the scripts are the usual war-mongering, platidudinous balderdash that Hollywood invariably offers up. No matter! The military brass can always identify some problems: too much swearing, perhaps. Or not enough diversity to satisfy current recruitment aspirations. Or no hand sanitizers in the CIA torture chamber. So there will be changes made.

Fair enough. Hollywood isn’t going to make an anti-war movie any time soon so it probably doesn’t matter if TOP BUN 2 puts on a few extra pounds of patriotism. And the rewards are great! Free stuff for the studios! Well, not free, really, as we the taxpayers pay for it. But hey, that’s not what Ted Cruz is complaining about.

Cruz’s SCRIPTA bill points out that, after receiving US taxpayer largesse from the Army or the CIA, the studios shoot part of the picture in China, with Chinese producing partners, and/or distribute the finished film there. And in order to do this, they – you’ve guessed it! – have to submit the script to Chinese state censors. Not just the script – the finished film itself has to be screened for the Chinese censors, and, if required, further changes must be made. An example given in Variety is from TOP BUN 2, co-financed by China’s Tencent Pictures, where the wardrobe department had sewn the flags of Taiwan and Japan on the back of Tom Cruise’s flight jacket. A complaint from China, and they were digitally removed.

The same thing happened on the remake of RED DAWN, where the Chinese invaders had to be digitally converted into North Koreans. Ted Cruz is tired of this stuff, and the way it impacts our “talkies”. His legislation proposes that any film which submits to Pentagon censorship cannot submit to Chinese censorship as well.

Let the bells of freedom ring! Strangely, Variety is less than enthusiastic, reporting that “the Script Act asks American companies to give Congress a list of all titles submitted to Chinese authorities for approval in the past decade for review — “Good luck with that,” laughs one top film executive with deep ties to China — but more troubling is its prohibiting studios engaged in co-productions with Chinese companies from accessing government assets.

“Chinese regulations require that there is only one version of a finished Chinese film, meaning that the version of a co-produced movie released in the U.S., Europe and elsewhere should be the same as the one censored for Chinese audiences.”

It’s worth reading that last sentence a second time, since it appears that the Hollywood studios, in order to gain access to a very large market and make more money — have agreed to submit all co-produced films to worldwide Chinese censorship. So if you make a “talkie” for Disney, and Disney make a coproduction deal with Tencent, Disney must submit your script to the Chinese government for prior approval, and the version that Beijing approves is the one that you must shoot, and the only one which can be screened anywhere.

Possibly, it could be said that Cruz isn’t sincere. That his attempt to save our talkies will go nowhere, and is just part of a bi-partisan campaign of China-bashing. This may be so. Yet it seems to me that Cruz’s proposal is useful, throwing light on a very serious problem: a covert, internationalized film censorship regime. The official journal of our industry doesn’t seem to have a problem with multiple censorship regimes and their impact on the quality of the art, yet only offers up anonymous responses:

“What are they going to do, demand copies of each draft of each movie script? Gimme a break!” laughs one veteran exec.”

But why not? The studios provide the Pentagon with copies of each draft of every script. They provide the Chinese censor with a similar package, and a screening of the finished film. They can deliver the same materials to Cruz’s office. And if this whole deal is just a storm in a teacup, political grandstanding, why can’t Variety find an American producer who’s willing to go on the record, to talk about it?

[Next week I’m going to write about plans for reopening film production during the pandemic. But first I must do more research…]

Oh… if you would like to support independent cinema and watch a couple of my old flicks, the Texas Theatre in Dallas is streaming a double bill of EL PATRULLERO and STRAIGHT TO HELL. Kino Lorber, the distributor, is splitting the gate with them, so as with the IFS and Loft online screenings, your support keeps independent theaters (and distributors) alive! Thank you.